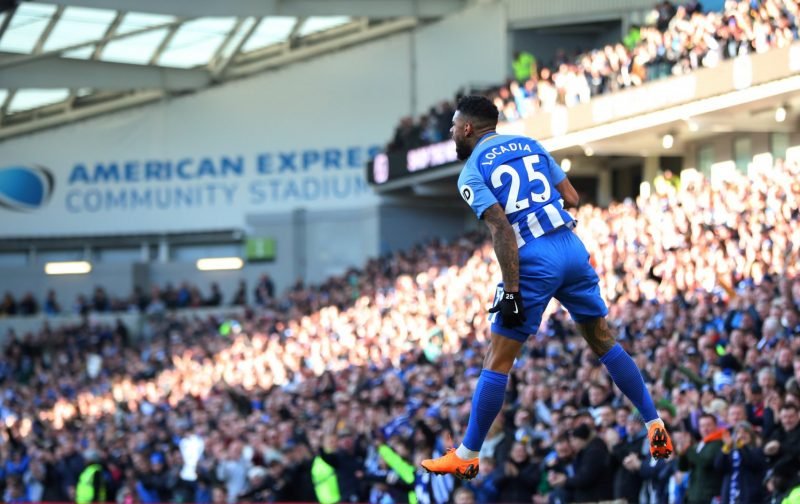 Brighton and Hove Albion striker Jurgen Locadia is being linked with a bizarre switch to Turkish side Fenerbahce.

The rather bizarre suggestion was originally carried by Turkish outlet Takvim on Sunday but with the start of a new week it’s started to gain a little more traction today.

With the help of Google Translate, the speculation claims that Sporting Director Damien Comolli has identified Locadia as a target following talks with their new manager Phillip Cocu. The Dutchman worked with our striker during his time with PSV Eindhoven.

Brighton signed the 24-year-old from PSV last January and I’d say it was highly unlikely that we’d be interested in moving him on this summer as we’ve only seen glimpses of what he’s capable of. The report misses the fact that he arrived at the Amex with injury and needed to get up to speed as their angle is more ‘lack of game time’ but five starts and three substitute showings did return two goals, and fans expect him to continue that in 2018/19.

They further state that Fenerbahce would likely come in with a loan first and then a option to buy.

I just can’t see this one happening. The fact the report doesn’t know he was injured and paints his game time as if he struggled to settle in with us sets alarm bells off for me. If your starting point is Cocu as former coach and then game time only, that’s the kind of inventive transfer speculation you come up with.