Brighton Are A More Intelligent Side According To This Man 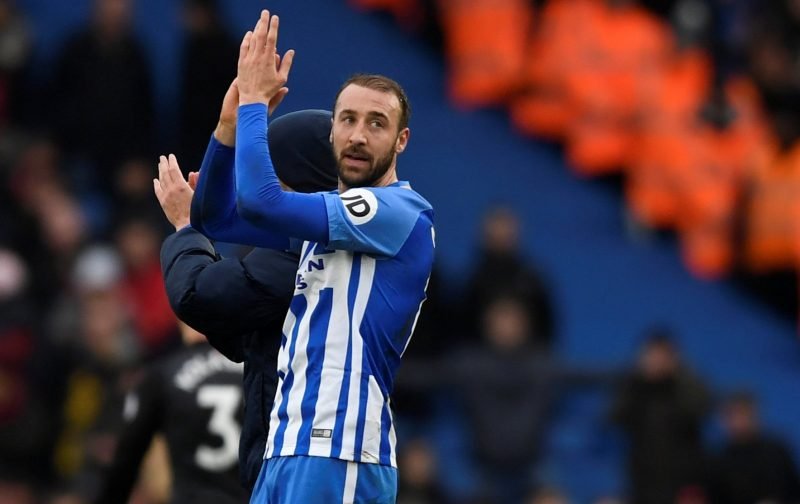 With the September international break now in the rearview, Brighton and Hove Albion are gearing up for a return to proper football when we face Southampton on Monday evening.

With manager Chris Hughton already preparing for the trip to St Mary’s Stadium, as the build-up to the game continues as players return from representing their countries the last fortnight, Glenn Murray has been in front of the press and he told the Argus that he felt the lessons of 2017/18 had certainly been taken on board by the players, and in terms of our own game management we’d made significant improvements.

Citing some naivety last year as we made the step up to the top-flight following our years in the second tier, Murray explained that he believed that our performances against Manchester United and Fulham ahead of the break, showed that we were a more savvy outfit and had learnt the tricks of the trade necessary to have greater success in the Premier League.

“Without doubt. I think the Manchester United game and Fulham, at this stage last season we possibly would have lost. I think we’ve learnt a lot of Premier League know-how and how the game is played at this level.”

Murray went on to say that some of that was simply how to interrupt momentum when the opposition are on top, and whether it gets spoken about enough, that does mean breaking up play with niggly tackles, a bit of time wasting, playing the corners and so on.

Few like to see it, but every team does it and as Murray says, those tricks when done correctly are ‘priceless’ at this level given the opposition and players that we now face.

It’s not new, it happens in the Championship, but it does take on different significance at this level and with more eyes on you, you have to be a bit cleverer in how you do it.

Consolidation is still the aim this year, and to ensure that we have to be competitive across the board – especially the ugly stuff.