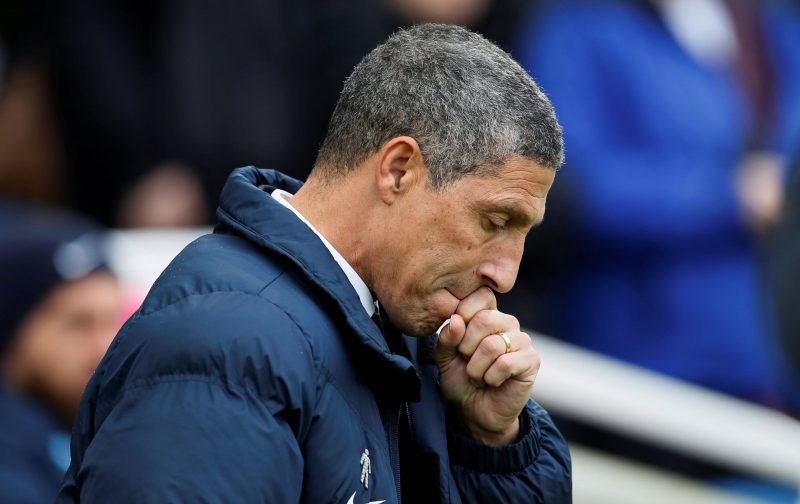 Brighton and Hove Albion manager Chris Hughton held his pre-game press conference as we continue preparations for the Premier League clash against Everton on Saturday.

We make the trip to Goodison Park looking for our fifth win of the campaign and whilst we might not be making many headlines outside of Glenn Murray, Lewis Dunk and Shane Duffy, our progress so far in the season of 2018/19 has been more than steady as we sit in eleventh place on 14 points.

Given his thoughts on the game to the assembled media, Hughton obviously gave us an update on two known injury concerns at the club – namely last season’s Player of the Year Pascal Gross and Davy Propper.

Gross has missed the last six games and the expectation is he’ll be back in contention possibly for Cardiff City, but most certainly after the next international break. Propper has been out since the tie against West Ham United and he has a greater shot of being fit for Cardiff.

Given that was a perfectly normal injury update, even allowing for Gross having a small setback which is normal during the recovery phrase, quite why the vast majority of headlines made it sound like a major panic and something that we wouldn’t have already planned for is totally beyond me.