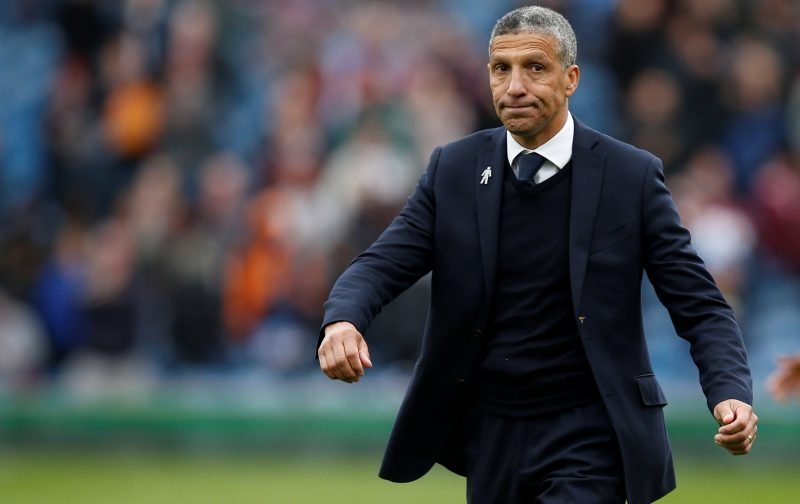 Brighton and Hove Albion manager Chris Hughton has overseen the addition of ten new players this summer and six of those signings this summer have cost real money.

As part of that process, Brighton have again re-set our club record transfer fee with the capture of Iranian international Alireza Jahanbakhsh and it’s fair to say that given the ‘little Brighton’ mentality fans of some other clubs seem to have about us, it’s caused some waves in the world of football.

The simple fact is though, this is the modern game whether fans like or not and whilst the big boys are happy to spend upwards of £50million on a single player (with differing rates of success it must be said) as a natural consequence of that the market begins adding a zero to everyone and we all know player fees are inflated now.

The only true determination of success is whether fans decide an individual has been ‘worth their fee’ come the end of their first contract when ups and can be fairly judged with downs.

Speaking to Talksport this week Hughton felt the need to defend our spending given the questions he faced and given Talksports own bias, it’s nice to see them spend some time discussing a side not in the top 6 for example, it would be nice if when they looked elsewhere it wasn’t always with the most sensationalist angle they can think of.

I think in the circumstances Hughton’s words were spot on.

“We’ve probably broken the club’s transfer record on six or seven occasions over the last couple of seasons, but it’s just a consequence of where we are at the moment. We are not the only ones doing it.”

When you’re used to spending £20million and dealing in that bracket of the transfer market, you don’t break your record fee on too many occasions. If you’re lucky enough to spend £50, or £80million on a single player it happens even less.

If you don’t deal often in the £10million bracket and step up to that level, it’s going to happen frequently for a short period of time.