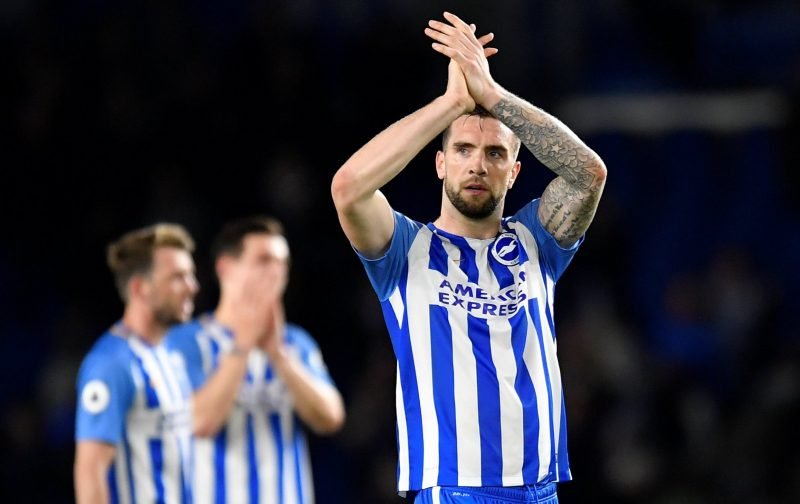 Brighton and Hove Albion took to the Vicarage Road pitch on Saturday to open our Premier League campaign of 2018/19 against Watford.

We came out with a 2-0 defeat and not an awful lot of positives to cling to, but there were a few.

A summer of big spending on incredibly good-looking players when looking at their individual statistics and potential development range maybe raised expectations a little higher than they should’ve been as we go into our second year in the top-flight.

It is only one game though and nobody should be throwing their toys yet – but clearly, Watford were the better team on the day and there is no denying that. 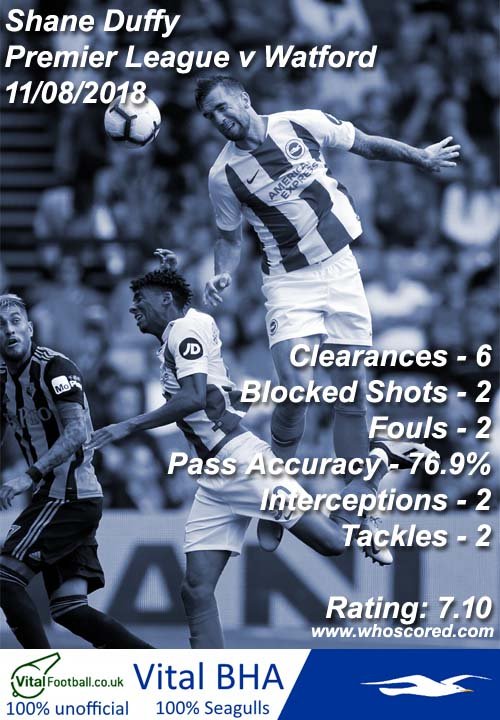 Whoscored’s algorithm was overly tested by our performance on the day as only centre-half Shane Duffy managed to break the 7 rating category so by default he becomes our best player, in their eyes, on the day with a rating of 7.10.

Seven aerials won, a pass accuracy of 76.9%, 54 touches, two tackles, two interceptions, six clearances and two blocked shots got him over the 7 line in a largely poor performance from everyone.

Yves Bissouma’s debut saw him gain 6.96 from his substitute showing and Bernardo gaining the start saw 6.71. Alireza Jahanbakhsh was a disappointment polling only 6.45 from his 20-minute showing, but the game was largely gone by then.

Room for improvement obviously and with fans looking to our newbies, we need our tried and tested to step up.