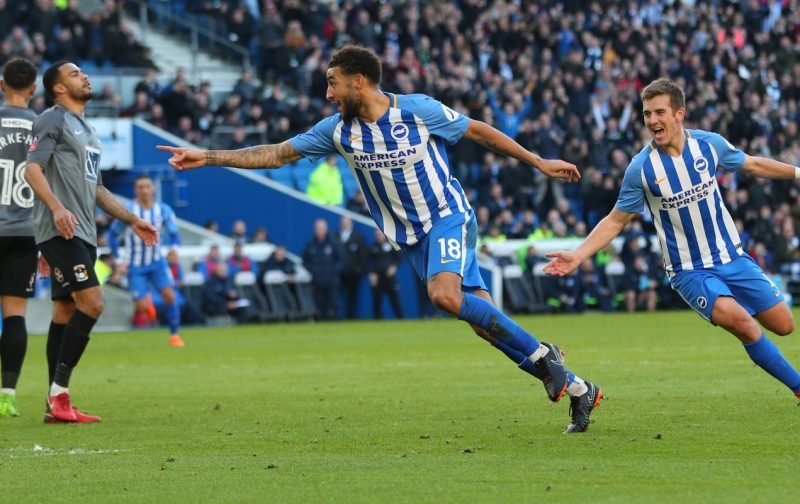 Within the last hour, Brighton have confirmed the speculated transfer of Connor Goldson to Scottish side Rangers.

✍️ Best wishes to @connorgoldson – the central defender is leaving the Seagulls to join @RangersFC.#BHAFC ????⚪️

The 25-year-old centre-half makes the switch north to Ibrox after almost three years at Brighton following his transfer from Shrewsbury Town. During his years at the club he made just over 40 senior appearances, but last season he was limited to only three Premier League showings.

With stiff competition in the backline, Goldson obviously is looking for greater game time and manager Chris Hughton was happy to grant that opportunity given his service and attitude in and around the club.

Speaking to the Official Site as his departure was announced, the gaffer explained.

“Connor has done extremely well for the club in the three years he has been here, but he wants to play regular senior football, and at this stage we cannot give him that guarantee. I totally understand his position and desire to want to play regular football. He has been a great professional and a pleasure to work with – and he has shown a great mental strength to come through a very tough time after he underwent crucial heart surgery just over a year ago. On behalf of everyone at the Albion, I would like to thank Connor for his time at the club and wish him all the very best for the future at Glasgow Rangers.”

Having arrived in January 2015 for a reported £750,000, talk of the total deal with Rangers being potentially worth in the region of £5million to the club, makes it an incredibly shrewd deal on a financial front as we continue to look to further establish ourselves in the top-flight with additional strengthening and Goldson now has a great opportunity himself moving forward.

So it’s win-win and fans are rightly delighted.

For any @RangersFC fans. I’m sad that he is leaving as he is v.good in the traditional sense but also quality as a ball playing CB.

It’s encouraging how many Brighton fans are saying such positive things about him. Really hoping it’s not just some massive ploy by you lot in order to offload a total dud onto us! Haha

What a player and what a signing for @RangersFC. All the best of luck @connorgoldson ❤️

Thank you for everything Connor, good luck at Rangers. Always will be a Albion legend! #bhafc

Thanks for everything Connor!!

The goodwill messages go on and on and it stands as a testament to the man himself and I imagine many Brighton fans will be following his time at Rangers now to see how he gets on.