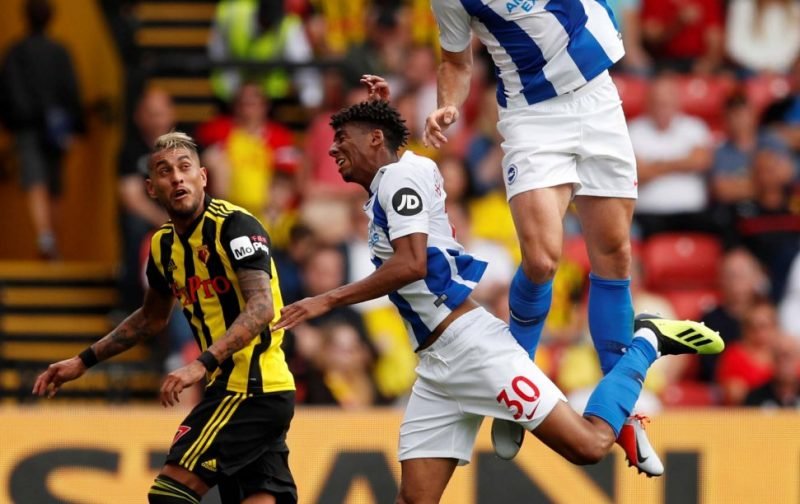 Brighton and Hove Albion made the trip down to St Mary’s Stadium on Monday evening to face off against Mark Hughes’ Southampton.

With plenty of praise passed between the respective managers prior to kick off, the hosts opened the scoring with a fabulous long-range effort from Pierre-Emile Hojbjerg and Mat Ryan will be disappointed but sometimes it’s best to just applaud, few would’ve got that with the bend. Danny Ings doubled their advantage in the 65th minute but then Brighton really came to life and one man took WhoScored’s overall plaudits for the fight back. 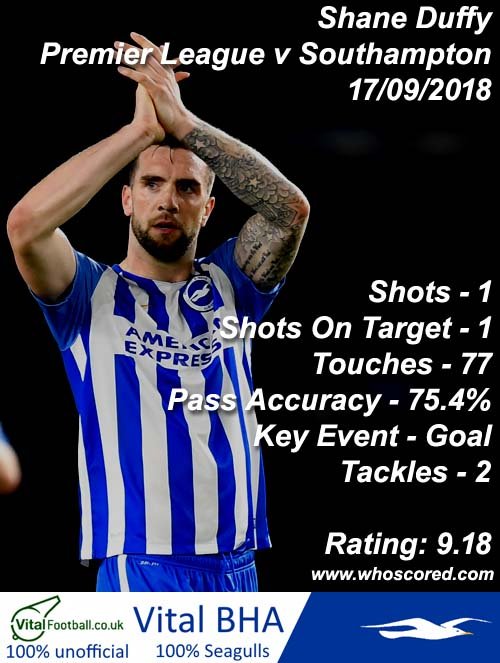 Shane Duffy was that man once again with a star rating of 9.18 – the only man to get into the 9’s. Glenn Murray added a stoppage-time penalty to secure a point for our efforts and against ‘determination’ is the watchword.

With Duffy continuing to impress this season the above stats show how influential he was on the game but his defensive showing also had three interceptions, six clearances and two blocked shots, so again it was another all-around performance from the 26-year-old as he continues to have a contribution at both ends of the pitch – it was his second Premier League goal of the current campaign.