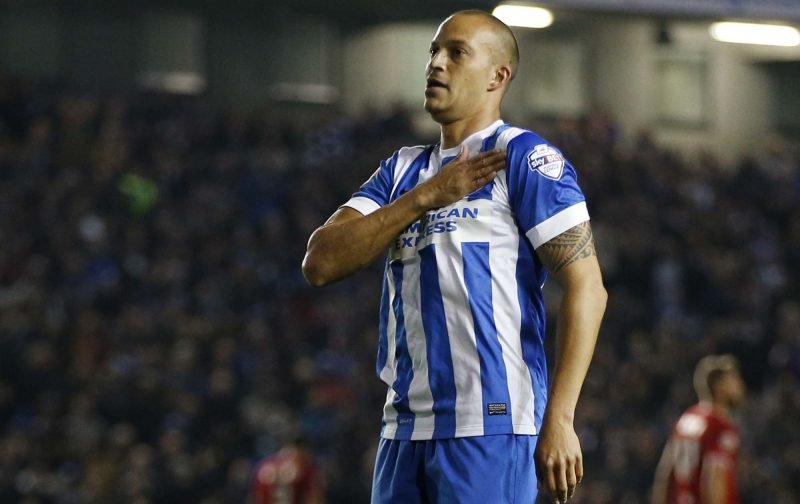 Brighton and Hove Albion’s social media team took to Twitter yesterday with one of their ‘on this day’ pieces and it concerned the legend that is Bobby Zamora and his first goal of the 2015/16 season during what became his final year with us – in his third spell at the club.

Brighton had travelled to Elland Road to face Leeds United and the now 37-year-old came onto the pitch in the 78th minute, replacing Tomer Hemed, and he went on to score the winner to secure all three points from the trip.

The thread received the expected comments and Zamora himself piped up to give his brief memories of the day which many took as a nice touch and simply sparked additional responses.

When the ball hits row Z

I hate to argue with a legend, but Hull at home was your first game back, mate – 5 weeks earlier! Not that I’ve obsessively followed your #bhafc career or anything.

And he’s right, well sort of. Looking back through some statty websites as my brain isn’t that good (assuming they are right) Zamora made his third debut against Ipswich as a substitute, prior to the Hull game – the Hull game was the first on Amex soil for him though.

He made four further showings prior to Leeds.

I think it’s all in how you read his Tweet myself – first game back, away so long, coming on to score – if taken as one it hinges on the ‘winning goal’ aspect, read it differently and add emphasis elsewhere and there is a difference.

Even in that case, I couldn’t blame Bobby for only remembering his first game back with a goal.

Equally, I can’t fault the knowledge of @BenBelcher76 either, that’s top stuff in its own right.