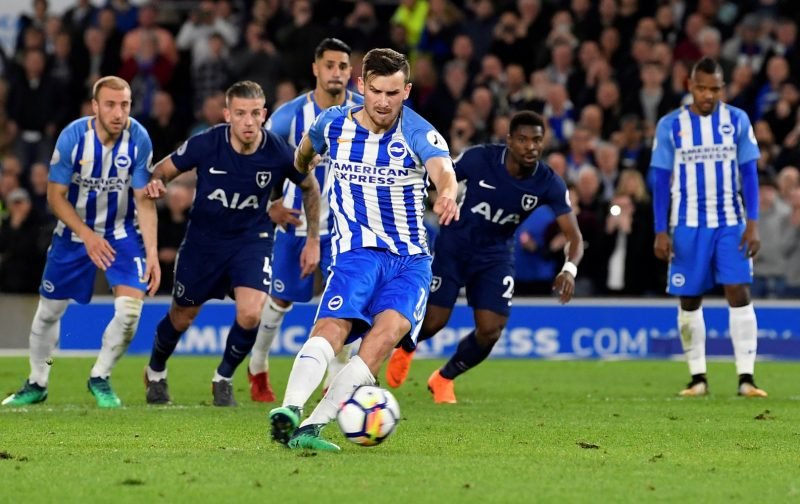 Earlier this week Brighton confirmed that midfielder Pascal Gross had now agreed an extension to his deal at the Amex Stadium.

The 26-year-old German has extended his contract with us until the summer of 2022 having had a good impact in manager Chris Hughton’s side following his arrival from Ingolstadt in the summer of 2017.

He’s maiden year with the club in the Premier League saw him make 35 starting appearances with three showings from the bench and in that time he contributed seven goals as we secured our survival and head into a second successive year in the top-flight.

In fact, Gross’ goalscoring exploits are somewhat of a lucky omen. Six goals resulted in six wins and maximum points and he also found the net in the game against Tottenham Hotspur where we secured a point on home soil.

He also became the first Brighton player to register a Premier League goal since the rebrand, so he goes down in history for that. Eight assists across the year isn’t to be sniffed at either.

Speaking to the Official Site as he penned his new deal, Hughton said of the extension.

“We are delighted that Pascal has agreed a new contract with the club. He has enjoyed an excellent first season with us in the Premier League, and we are really pleased with the impact he has made. He settled very quickly and became an integral member of the team. He won the club’s Player of the Season award, which was particularly impressive in his first season in England.”

“I think we had a very hard year last season and I’m happy to commit my future to the club – it’s a very special day for me. I thought last season was very good for the team – we achieved our big aim of staying in the league, and from a personal perspective I was delighted to be able to help the side with goals and assists. The Premier League was everything I expected and at the start it was tough, but I knew it was going to be like that and I enjoyed being part of some very special games.”

With how quickly he adjusted to life at the club and the English game, hopefully, he’ll go onto prove his worth even more next season and give himself a shot of winning back to back Player of the Season gongs as we look to move up a touch from our 15th placed finish.

Having impressed fans since he came through the door, seeing him signed up longer has certainly go over well in the fanbase and supporters were delighted with the news.

7 mil probs. Still getting him!

This is brilliant news!!!

This could be Brighton's best signing this summer