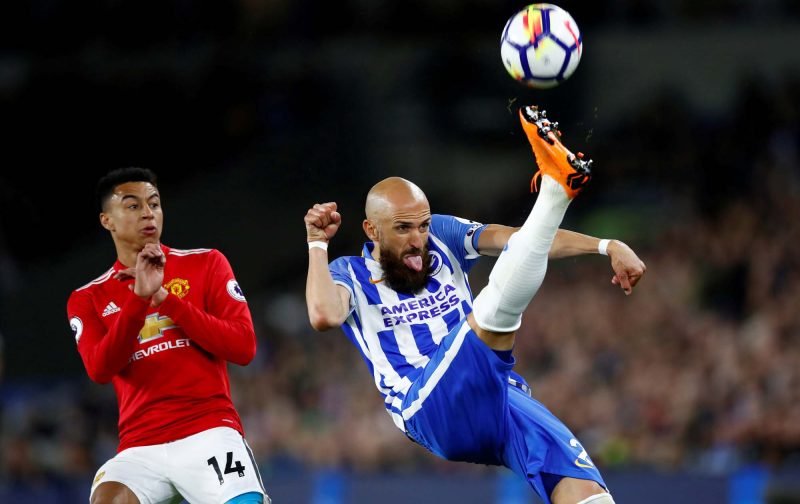 Brighton and Hove Albion took an incredibly hard-fought victory over newly-promoted Wolverhampton Wanderers at the Amex Stadium on Saturday afternoon.

An early second-half goal from Glenn Murray, as he notched up his 100th club goal, was enough to give us all three points on the day but it was certainly a defensive effort on the day as the goal came from our only shot on target.

Wolves on the other hand, had seven at Maty Ryan and 25 efforts overall. 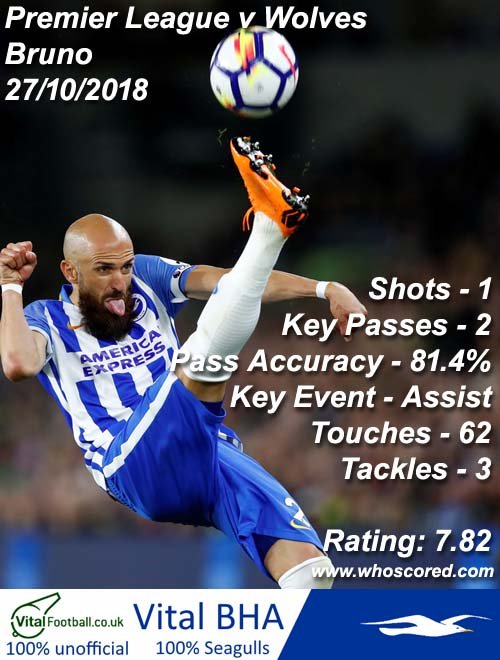 A number of players stood out for their efforts on the day, but WhoScored made Bruno their Man of the Match with a rating of 7.82.

Onto Everton now and hopefully our fifth Premier League victory of the 2018/19 campaign.