“Once A Seagull, Always A Seagull” – These Brighton Fans Are Delighted With Latest Club Announcement 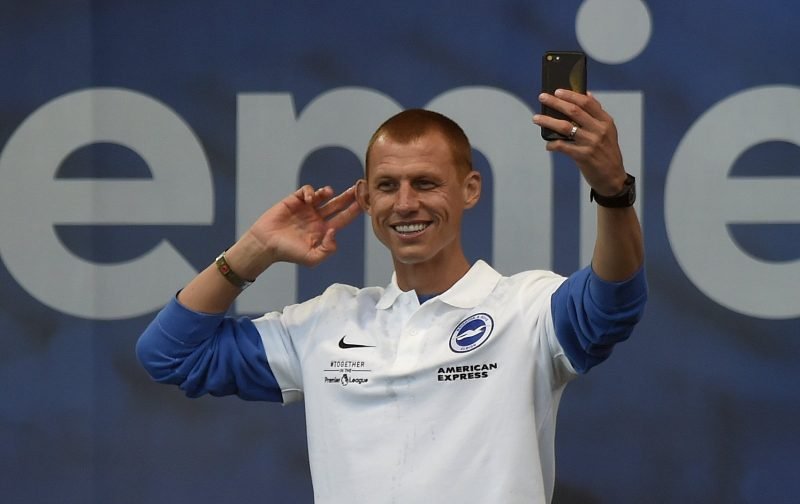 Late yesterday afternoon Brighton and Hove Albion carried midfielder Steve Sidwell’s official retirement message and he admitted defeat in his battles against injury and confirmed he was now hanging up his boots.

???? @sjsidwell has returned to the club as youth development coach with the under-16s, and as a club ambassador!#BHAFC ????⚪️

The 35-year-old last took to the pitch in the game against former club Aston Villa back in May 2017 as his recovery from ankle/back injuries took their toll and saw him sidelined for most of 2017/18. Having undergone minor surgery to try and put the problem behind him, he felt it was time ultimately to end his career.

With well over 400 career games under his belt, the former Arsenal graduate can count Brentford, Beveren, Brighton, Reading, Chelsea, Aston Villa, Fulham and Stoke as former employers and he more than played his part with us as we missed out on promotion losing to Sheffield Wednesday in the Play-Offs, before we went one better the next year and gained automatic top-flight entry.

His statement can be read by Clicking Here.

Having completed his coaching badges he now takes on a new role at the Amex, serving as an ambassador for the club as well as taking a role within our Academy as he plays his part in helping to develop the next generation.

Whilst fans were disappointed to see a player lose out to injury, they were delighted that he would remain with us.

Once a Seagull, always a Seagull ????

Get in, just need @I_CALDERON_14 back and we are sorted for legends!!

I WANT GINGER HAIR TOO

The man with the Smile is back!! Congratulations Steve and welcome back!!????????

Glad he’s back with the whole team for new beginnings

What a solid choice; couldn’t think of anyone better to offer an insight into what the beautiful, and sometimes not so beautiful, game has to offer and how to be prepared for it. ????????