One Brighton Goalkeeper Leaves – The Other Remains In Talks 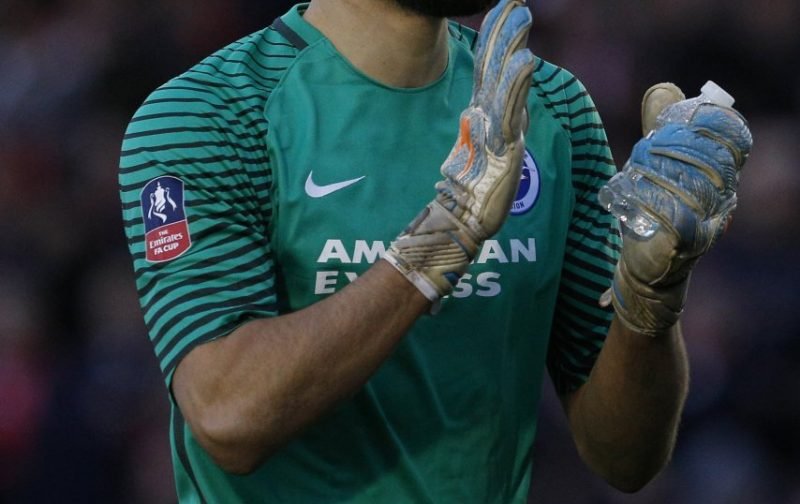 Brighton have confirmed today that although goalkeeper Tim Krul remains in talks with the club over a potential deal extension with his existing contract expiring this summer, Niki Maenpaa has decided to move on when his deal expires on June 30th.

???? Albion goalkeeper Niki Maenpaa will leave the club when his contract expires on 30th June.

Having signed from VVV-Venlo as a free agent back in the summer of 2015, Maenpaa did only make eleven first team appearances for us. Nine of those appearances came in Cup competitions, with him called on six times in the League Cup but he never built on his Championship debut which came back in August 2016 against Rotherham United.

His tally does rise to 12 if you include last season’s EFL Trophy tie against Barnet.

He’s been a decent squad player though serving as back up and in the games he did play, he kept six clean sheets which were certainly welcomed across the years.

Speaking to the Official Site as his departure was confirmed, manager Chris Hughton was full of praise for the man.

“Niki has always been an excellent member of the squad, and although game time has been limited, he has been a great professional. We’d like to thank him for his contribution, both on and off the pitch, over the past three seasons.”

Given his lack of game time there was never going to be a great outpouring of grief from fans, but in taking a more humorous reaction to the news I think shows few had a bad word to say about him when he did take the pitch.

I can’t even look at it, I’m gutted

Not happy. I feel he didn’t have a chance to show his quality. Top professional and top bloke – had privilige to meet him few times. Good luck in the future Niki where ever you go! #BHAFC pic.twitter.com/7dA0jNPEcp

There were few surprises in Maenpaa’s leaving interview as he cited the desire to play more regularly in the future but the 33-year-old certainly said all the right things about his time at the Amex.

I’m sure I’m far from alone in wishing him the best very for the future and the Finnish international did express a desire to remain in England if he can, so fans might have the opportunity to judge him based on regular action in the near future.