Brighton and Hove Albion will consider themselves unlucky to have not taken another win and all three points from the Amex Stadium clash against Leicester City last Saturday.

Experienced and ever reliable Glenn Murray gave us the lead in the 15th minute of the game, and even though the visitors were reduced to ten men ahead of the half-hour mark, whilst we dominated the telling stats on the day and had greater efforts at goal, we just couldn’t get that second goal to give us a buffer.

Substitute Jamie Vardy grabbed them a late leveller from the penalty spot to see the points shared. 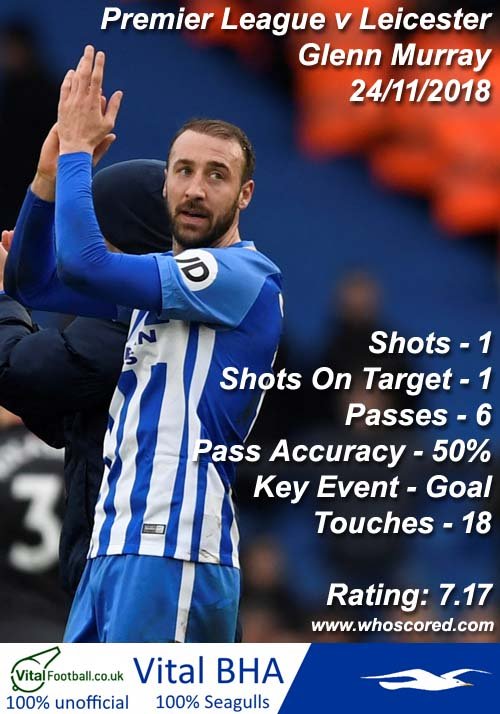 With Murray making it his 101st goal for the club, it’s no surprise to see statistics website Whoscored give him their star man award for his efforts, and a score of 7.27.

Jose Izquierdo pushed a close second with 7.09 and Anthony Knockaert, Bernardo and Lewis Dunk completing the top five from the day.