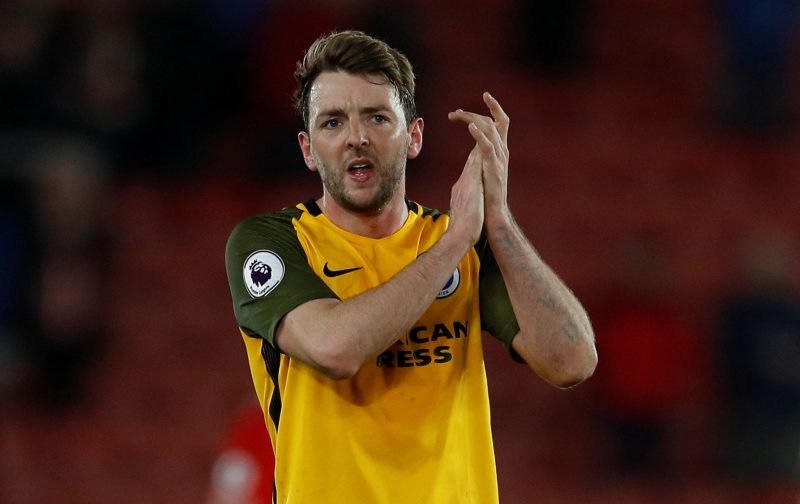 Forgive the lateness of this, I only spotted it last night on social media but there were some cracking comments going around on Twitter – as you’d expect – after the weekend’s victory over Manchester United and it’s fair to say some Brighton and Hove Albion fans have been quite cheeky following our 3-2 victory.

I don’t need to repeat game details, they are etched on the memory of everyone from the memorable win, but sometimes social media proves just how funny it can be when used correctly.

With Paul Pogba admitting his ‘attitude’ wasn’t right for the game and that he had been selfish, clearly fans were only warming up when some responded he was right, he didn’t want to share Dale Stephen’s pocket with anyone else, this particular tweet gave people a reasonable excuse for a bit of deja vu and a trip down memory lane.

There are some comments I won’t repeat, but I can’t help but giggle at these as it certainly suited Stephens’ repeat performance.

think he's proved tonight your 10x better than him mate

Has he found his way out of your pocket yet?

There were more comments obviously, but for those who think lightning can’t strike twice – I think that’s proof it can!

Made me giggle anyway.