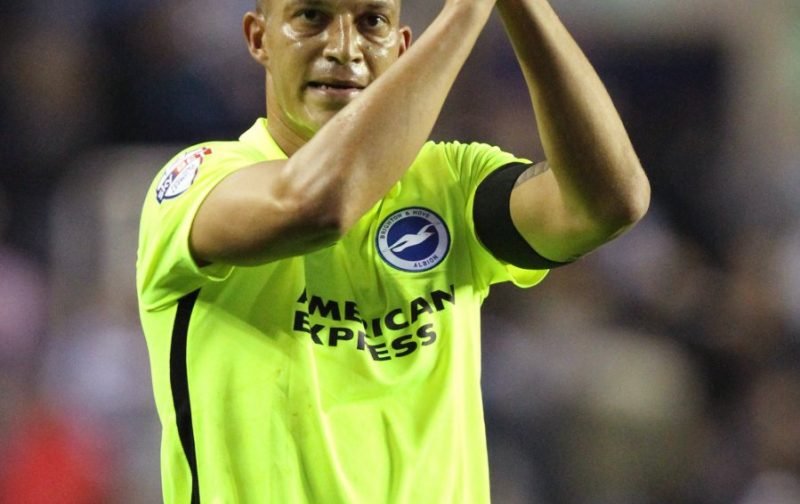 Late Sunday evening Brighton and Hove Albion confirmed that club legend Bobby Zamora had returned to the club for a third time – but in a new role.

A legend returns! @RobertZamora25 returns as a club ambassador!

The 37-year-old won’t be taking to the Amex pitch this time around for us unless we have an injury crisis the likes of which football has never known would be my guess, but he is back at the club and will join Alan Mullery as a club ambassador.

Following his two stints with us as a player, his new role will see him work alongside Mullery – the first manager to take us into the top-flight – in representing the club at some home matches as well as other club functions and Albion in the Community events over the course of the season.

Chief Executive Paul Barber told the Official Site that he couldn’t be more delighted to welcome the popular man back.

“Bobby is a huge part of this club’s history, so to have him back involved is just fantastic. Another club and football legend, Alan Mullery, has already shown what a hugely valuable and popular role being a club ambassador is, and now Bobby’s contribution to our club and to the game in general is being recognised. After making such a significant impact on the pitch, we recognise the value of having someone of Bobby’s standing still involved with the club. Alongside Alan, Bobby will play an important part in raising our profile, both locally, and to a global audience.”

"When the ball hits the goal it's not Shearer or Cole …"

(correct lyrics? one of the best ever football chants)

Welcome back Bobby you absolute legend