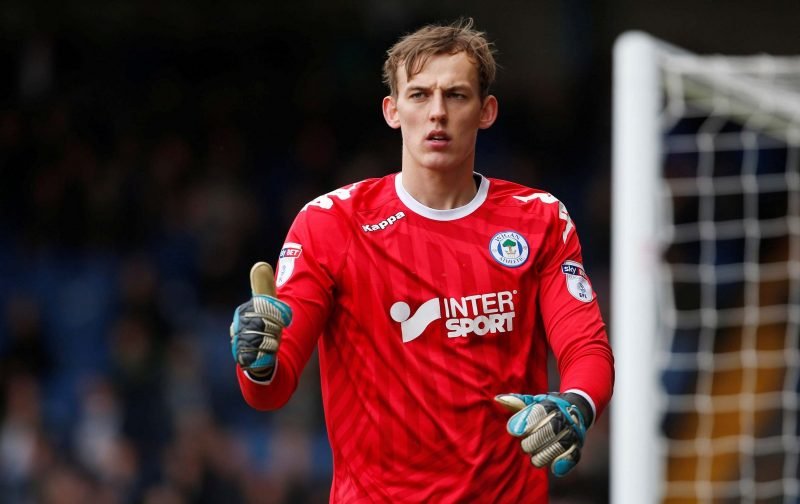 Earlier this afternoon speculation surfaced that young goalkeeper Christian Walton could be destined for a return to Wigan Athletic for another season-long loan spell.

He made the loan out to them last summer and the 22-year-old went on to make 35 League One appearances for the side as they worked their way into top spot in the division to take the title and secure promotion into the Championship for the season of 2018/19.

That speculation came to pass on Friday and although there is a recall option that comes into play during the January transfer window, he will most likely be with them for the campaign and it’ll be a good step up for him in the second tier of the professional game.

Manager Chris Hughton told the Official Site as confirmation of the loan was announced that once Wigan firmed up their interest in taking back for a second year it was really a no-brainer from our point of view when it came to game time and his further development.

“This loan move is one which benefits both clubs and the player. It allows Christian to return to a club he knows well, and he will be able to gain regular game time in a very competitive Championship division. Christian played a huge part in helping Wigan to achieve promotion – an experience which will stand him in a good stead at an early stage in his career.”

It will be his sixth loan spell away from the Amex Stadium in recent years and he continues to make excellent progress.

Fans are obviously pleased for him, and despite the recent signing of Jason Steele, many have wondered if the January recall clause could be key in many ways owing to the expected departure of Maty Ryan on international duty that month. Regular game time first, then a major step up to Premier League action?

Correct call, could be his chance to shine in Jan…

Because they want him to play?

And if Ryan isn’t injured you wasted a chance for Walton to grow and increase in value by possibly 6 or 7 million pounds it’s a catch 22 I’m just explaining the reasoning behind it.

Good deal for both clubs imo. Good for #Bhafc as Walton will get valuable game time, he can't develop as a keeper, by sitting on our bench, and a great deal for #Wafc as he is a quality keeper, as shown last season. Good luck @Waltz_1

We saw him a few seasons back and even then he was looking pretty solid. I’m glad he’s enjoying first team football with you guys once again. Hope he has a blinder for you. It’s a win win for us ????????

cheers lad we will look after him x

Good decision, see this being his last loan move though