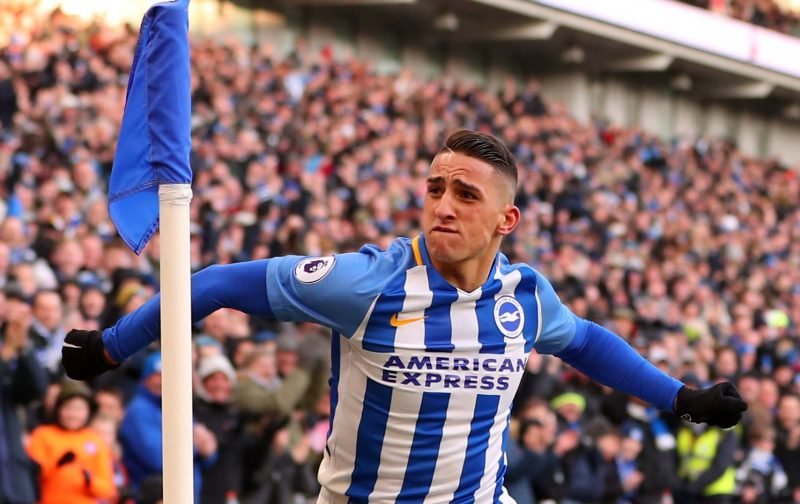 Brighton and Hove Albion hosted struggling Tottenham Hotspur at the Amex Stadium at the weekend and although knowing it would be an incredibly difficult game, with them losing the last three matches on the spin, hopes were raised that we could take a positive result.

Spurs ultimately won out 2-1 on the day with Anthony Knockaert putting in a performance that’s more akin to what we expect from the 26-year-old Frenchman and he deservedly got our stoppage time consolation, but with a bit more luck from the chances we fashioned, we could’ve taken another creditable point this year.

There will be disappointment from the showing we put in though as only Knockaert and Mat Ryan polled above 7 in the ratings after WhoScored.com ran their numbers but having spoken recently about his form following the passing of his father, he should be proud of that performance and fans should take that positive from the game. 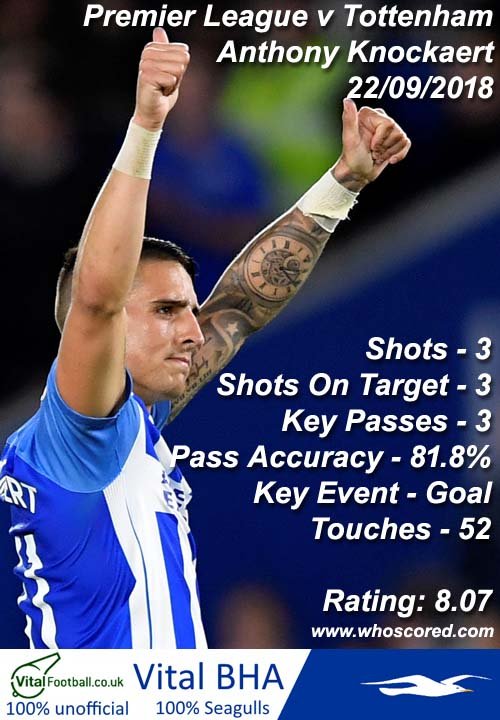 We’re not going to have everything our way this season so we just have to scrub this match off as one of those and prepare to go again.