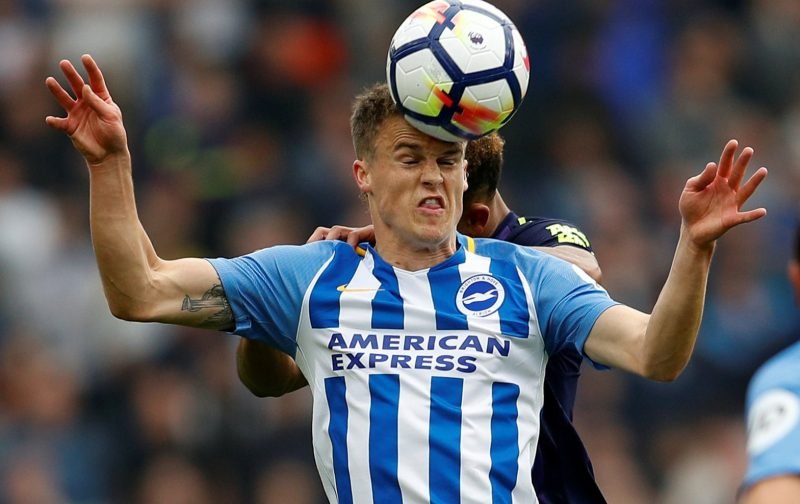 Brighton and Hove Albion’s trip to Turf Moor on Saturday to face off against struggling Sean Dyche’s side Burnley, didn’t exactly go to plan.

With manager Chris Hughton’s side looking to make it three Premier League wins on the spin, we fell down on the day to relegation placed Burnley who had lost the last three themselves.

A single goal was enough to decide the tie and it came five minutes from the halftime break and really we can only blame ourselves for a below-par showing. Having got ourselves going towards the end of the game, it wasn’t enough to get the leveller and take a share of the spoils. 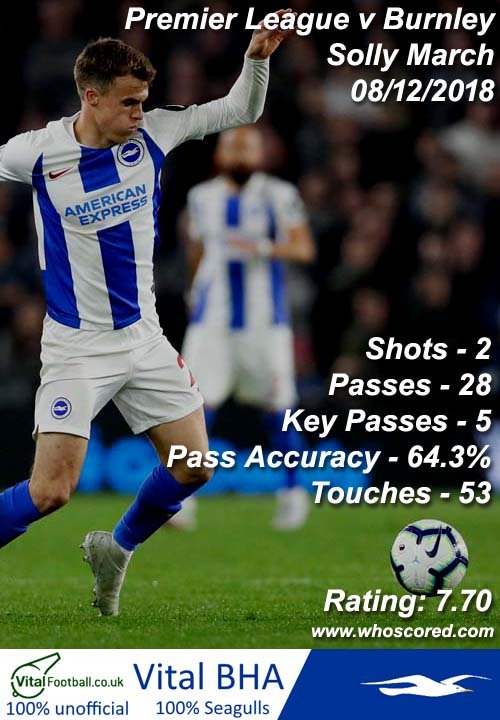 Hughton was taking the positives and he is probably right to as we had the better possession and created the same number of chances as the opposition, but they had more punch in the final third and we only tested their goalkeeper once and that was the difference even if we weren’t at our best.

I can see a number of fans would’ve gone for Lewis Dunk as Man of the Match, but website Whoscored gave that honour to Solly March with a score of 7.70.

Dunk picked up 7.16 and Mat Ryan (7.03), Leon Balogun (6.88) and Yves Bissouma (6.69) followed but we’ll no doubt dust ourselves off and go again against Tottenham who we hope will have a Champions League and Barcelona headache next weekend.