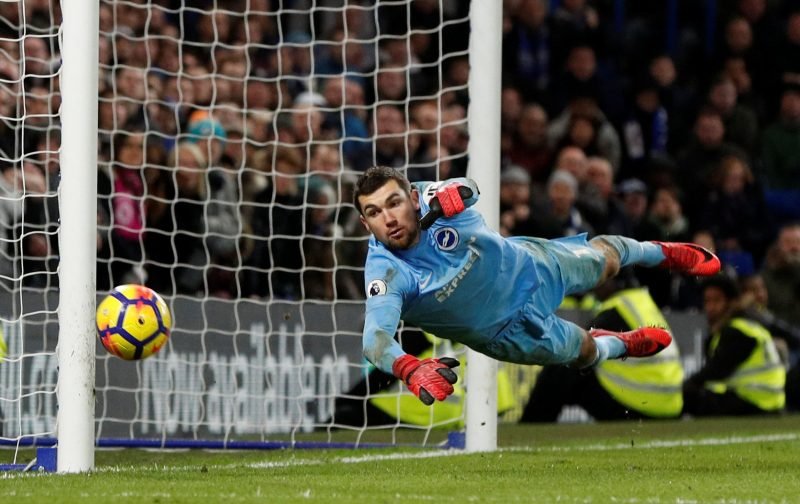 Brighton and Hove Albion did have some positives to take from our 2-0 defeat to Manchester City last weekend.

According to website WhoScored Brighton’s overall performance failed to see a single player reach a rating of 7 or above but that probably doesn’t tell the full story owing to the dominance Pep Guardiola’s side had in the game and with 28 chances falling their way, a dogged performance from Brighton with plenty of effort on show doesn’t tend to rate as well in comparison.

Immediately post game, when the graphic was kindly knocked up for me, Martin Montoya had our highest individual rating with 6.67, but since then they’ve rejigged a little and his performance was improved to 6.75. Goalkeeper Mat Ryan has subsequently been given a score of 6.79 for his own efforts on the day so he takes their statistical Man of the Match. 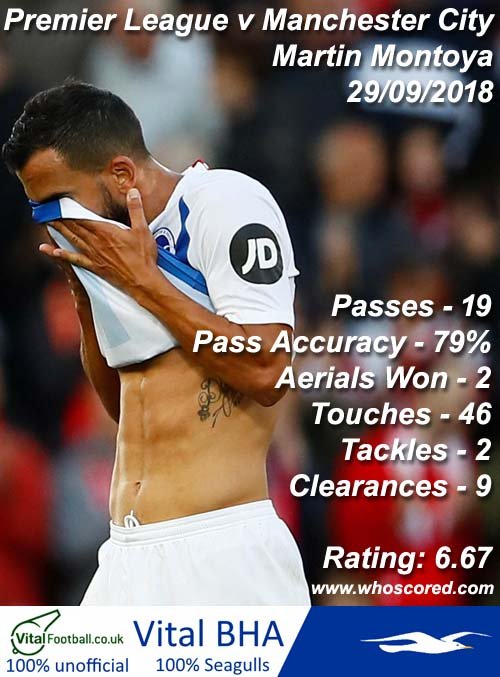 Given the 26-year-old’s showing, it’s difficult to disagree really but Montoya’s own showing as he continues to adjust to the top-flight is deserving of credit as well.