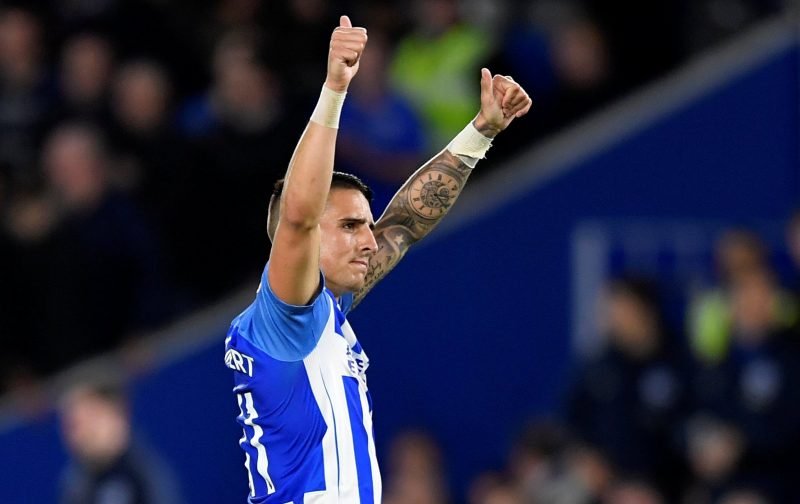 Brighton and Hove Albion welcomed Tottenham Hotspur to the Amex Stadium on Saturday for our next Premier League clash of 2018/19.

An improved display from the visiting side saw them avoid going four games without victory and they took a 2-1 win with Anthony Knockaert grabbing our late consolation on the day, but the game could’ve gone differently with the chances we had and a shout for a penalty of our own.

With the game throwing up plenty of talking points, fans were quick to take to social media following the game to air their own concerns following the match and whilst some were clearly just venting their disappointment with Solly March coming in for some incredible criticism despite his efforts on the day, other issues raised about when we’ll see more of ‘some players’ are valid questions.

Give Jahanbakhsh a start!!!

I know Alireza ain’t ready to start yet. But Brighton plays so much smoother with Alireza & Locadia.

Thrilled with this goal, congratulations Anthony ⚽

Someone explain why we sit off for the first half and let the opposition go 2 – 0 up (last 3 all similar pattern) then we come out and take the game to them, fight to get a draw. We are good enough to score so y not do it from the first minute – as v Man U.

???? Thought we deserved something out of that

Well done Anthony you did us proud

There’s certainly no reason to be overly doom and gloom and anyone expecting Spurs to roll over given the disappointments they’ve had of late were kidding themselves, but I personally think there were positives from the day and with growing confidence – as alluded to in a comment above – instead of coming out second half and battling for a point, we should start coming out from the first whistle battling for all three as the weeks tick by and people are better bedded in.