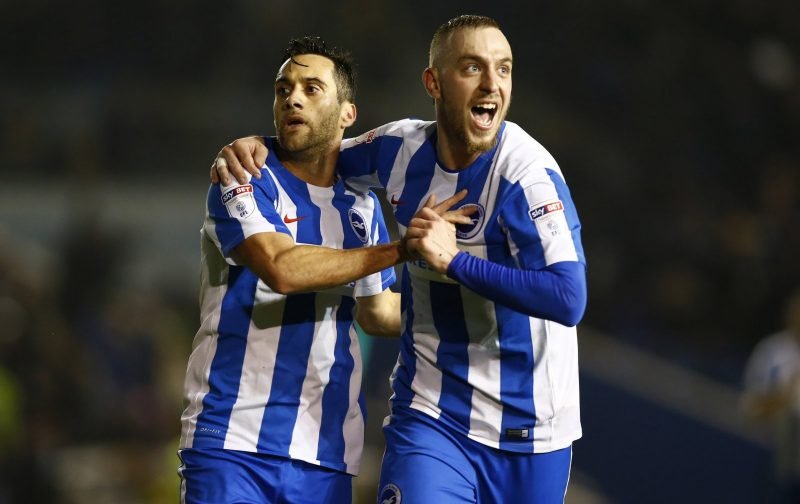 Following all the speculation surrounding Brighton and Hove Albion winger Jiri Skalak and his move to Millwall, that transfer has now been confirmed.

Earlier today Brighton announced that the 26-year-old Czech Republic international had moved to The Den for an undisclosed fee. I’m not seeing a common figure in the media but given we reportedly signed him for £1.2million from Mlada Boleslav back in the January 2016 window, I would guess the fee is between £1.5-£2million as a baseline.

Jiri Skalak has left Albion to join Championship side @MillwallFC on undisclosed terms.

He leaves the Amex having made 38 starting appearances for us, with a return of two goals and his tally is boosted by 12 substitute showings. His first goal for the club came against Queens Park Rangers in April 2016 in our 4-0 victory, and that became our 2015/16 Goal of the Season.

With game severely limited, it’s no surprise to see him move on at all as he’ll want games and time on the pitch and given our further strengthening that’s even more unlikely moving forward, so hopefully, it’ll be a good spell for him.

Manager Chris Hughton Official Site wished him all the best for the future as the announcement was made.

“Jiri is a great character, and I cannot fault his professionalism or work rate since arriving at the club. He has played his part in helping the club win promotion to the Premier League, and has been a brilliant player to have in and around the squad. We understand his desire to play regular first-team football, and wish him all the very best for his future.”

From our point of view it all helps chip away at our spending for Financial Fair Play reasons as well and it’s better for both parties to part ways as opposed to him just sitting on the sidelines.

From what I’ve seen of Neil Harris and the way he seems to be trying to get Millwall to play, I actually think it could be a fantastic fit for Skalak really.

Thanks for everything Jiri

Good luck Jiri. Shame that’s where you ended up tho… ????